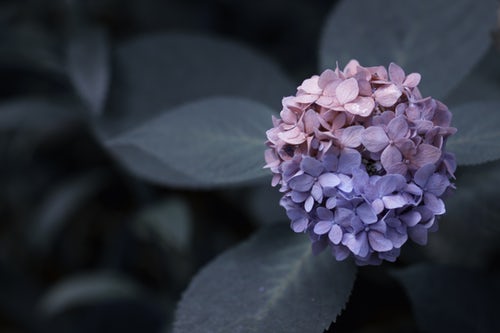 In my Pet Peeves I’ll throw light on a wide variety of stylistic and plotting bloopers I come across when critiquing and editing.

“Head-hopping” for me tops the list. It’s what I consider to be a pretty understated expression for a writing style guaranteed to bounce me out of a novel faster than you can write “she groaned”.

Head hopping describes the practice of shifting viewpoint characters within scenes. I’ll give you an example, a scene featuring two viewpoint characters (i.e. the protagonists through whose eyes we view the action unfolding, who are “telling” the story), Sandra and Jim.

Jim shot a wary glance at his boss. Sandra was sitting in her chair, ramrod-straight. Uh, oh, it didn’t look good for his promotion. Sandra sighed and reached for the document he had spent so much time on, pleading his case. It was the third time that guy had tried to wangle more money from her, he was nothing but a nuisance. Jim’s heartbeat accelerated. This was it. His last chance.

Ping-pong. From Jim to Sarah (in bold) and back again, leaving the poor reader behind with a crick in the neck.

I’m told the approach is widespread in modern romance novels. I’m also told this genre is all about relationships and they are best presented from both sides. Hey presto, head-hopping rulez. Fair enough. I couldn’t comment whether this is true or not, as I don’t read much romance. Not that I have anything against some heart-melting. To the contrary – a dash of romance spices up a mystery very nicely, thank you.

Still, I would claim that to this point in time, most writing guides and blogs clearly advice the bobbing heads, for one simple reason: By changing the Point of View (POV) character the “storyteller” within a scene, you jerk your readers around.

If you have a story with multiple viewpoints (don’t give me more than a maximum of three, two is even better for my  sanity) you can shift either per chapter or per scene. The latter is probably a more recent approach. It adds speed to the story and amps up the action and the thrill. You can dash from one setting to the next and leave cliffhangers dangling all over the place. Personally, I find this approach can get confusing very fast and you need to be a pretty seasoned author to pull of that stunt. Think an action movie with lots of cuts. And you need readers who like a fast pace and a rapidly shifting perspective.

To sum it up – yes you can shift POV per scene or per chapter if you can keep your viewpoints under control.

And here is another important point of this post: Head hopping can be more subtle than what I presented in my first example. Let me give you another example. And yes, I know, this isn’t brilliant writing. I’m not trying to win an award, I’m trying to get a message across.

Jim stared at Sarah, his blue eyes awash with tears. She had dared to reject him.

Unless you place him in front of a mirror, he wouldn’t see his blue eyes. And don’t tell me he knows he has them. Sure, he does. But do YOU think about the colours of your eyes as you go on with your life? Exactly.

He walked down the steps, where Sandra eagerly awaited his arrival.

How can he know she is eager to meet him? She might be hopping around because the loo is locked? This type of slip is extremely tricky. We are used to interpret people all the time and read their motivations from their actions. It’s an automatic process, one you need to show if you don’t want to be guilty of the hopping crime.

He walked down the steps, where Sandra was waiting for him twitching with what could only be joy.

Not elegant, I agree and we would have to find a better way of expressing what is going on here. But as an illustration it will hopefully do for the moment.

How about things like blushing? Well, the same principle applies. You can’t watch yourself blush. What you CAN do is feel the warmth spread in your cheeks, which would also help with your showing rather than telling.

Here’s another one. His eyebrows rose.

Okay? Fairly neutral one should think. Sorry, it isn’t quite that easy. Again, you’re describing a character from the outside, from the viewpoint of another person. If you want to convey intent, you need to say so. Or explain that the blasted eyebrows are out of control. Like the stuff below:

His eyebrows rose, and there was nothing he could do about it.
Or
His eyebrows flew up on his forehead before he could even think of a poker face.
Hey, I like that. Might actually use it for it gives you something else you should think about when writing a novel – attitude.

Another example, even more subtle, which might work in certain circumstances, as long as you know what you are doing. Blinded by tears, she never saw the oncoming truck.

If somebody’s blind and never sees anything, how can they “tell” the reader about what’s happening? Well, the answer is a POV slip – into Omniscient, where the narrator is god-like and can not only hop heads but see everything the narrators can’t see.

And no, it’s not the same and indeed not the solution to your problems. Here comes the bad news: The occasional slip into omniscient, especially in a mystery novel can add spice. But beware, use it with caution. A story sprinkled with ominous mutterings soon becomes as jaded as Cassandra’s warnings. And we all know how she fared.

I’m talking about this sort of thing: That was only the first death.

Used sparingly, it might work. But like garlic it can quickly get too much and chase off your reader.

How to avoid Head Hopping?

Good news! It’s easy. All you have to do is remind yourself you are looking out of somebody’s (your viewpoint character) eyes who is telling the story from his or her perspective. Always check – can this person actually see/feel/experience something? Don’t bounce around. Stay grounded.

Very often, the example of a camera zooming in on a character is used here. Zoom to your heart’s content. But stay focussed.

Your readers will love you even more for it.

Unsure if your characters are hopping? If there are slips? Contact me, and I’ll check out a scene for you for FREE.