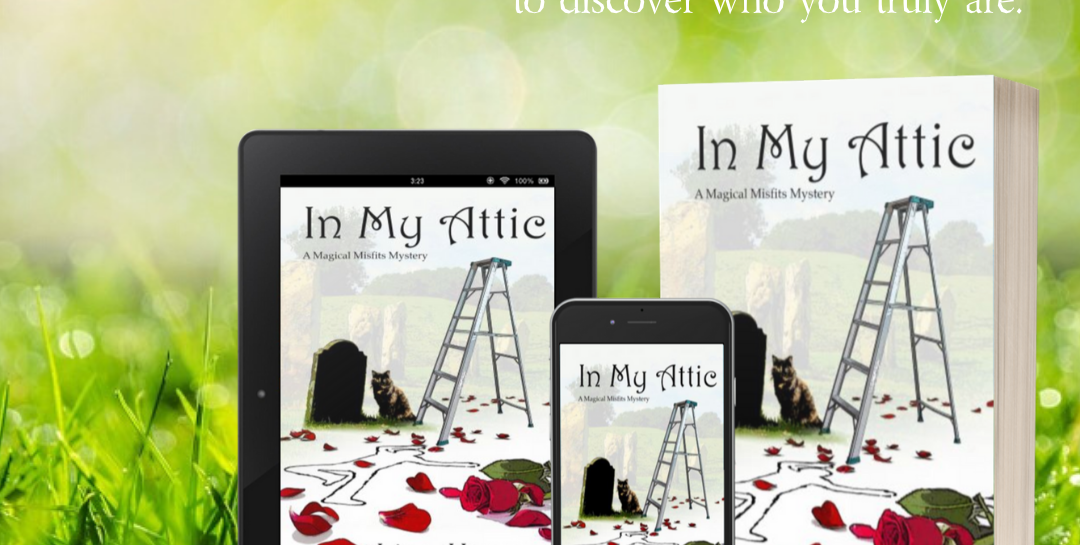 If you could spend time with a character from your book, which character would it be? And what would you do during that day?

That would be either Myrtle—I would try to reassure her that everything will turn out all right—or Petty, the primula. She is so optimistic and cheerful, something I really am not and a good dose of that will go a long way.

Tell us about the conflict in this book. What is at stake for your characters?

The conflict centers on self-discovery. If Myrtle doesn’t accept who she is, i.e. a witch (bumbling yes, but still a magical being) she will never be whole. Of course, having finally acknowledged that part of herself, other challenges brew on the horizon. Magic is dangerous, more so if it is flawed, it can be lethal as Aunt Eve has unfortunately demonstrated ….

What was one of the most surprising things you learned in creating In My Attic?

Romance is important. The story wouldn’t be the same without Chris, the mysterious dark man, rogue witch hunter, Myrtle’s love interest and future sidekick (in the sequels). He too had a minor role in the beginning, and it grew as I wrote. Try to keep romance out of a story. It just doesn’t work… .

How do you choose which genre to write in?

Oh, that’s easy. I write what I love to read, i.e. cozies. Not the standard ones, which I find too treacly and trite, but novels from writers like Susan Wittig Albert, Juliet Blackwell, Ann Granger, Jodie Taylor and of course the original Christie novels.

What makes your book different from other books in your genre?

In My Attic can be read on two levels—as a cozy mystery and as a novel touching upon more serious themes such as climate change, political upheavals etc. The second level is (hopefully) subtle, but it is there. I want to give readers a good escape, but that doesn’t mean I try to paint everything in rosy hues, which unfortunately too many cozies do these days.