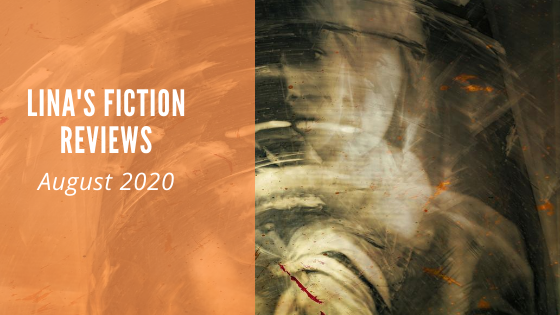 I received a copy of this novel in exchange for an honest review.

What a great story premise. Set in the seedier side of Victorian London, the novel introduces Detective Nathanial Brannick. His wife having died from consumption, he’s given the case of a young Irishwoman who suffered from the same wasting disease that is now ravaging Brannick himself.  To ease the pain, he’s consuming opium – the archetypal flawed detective. There’s more to it. Like a bloody birthmark on his wrist and an eerie gift he calls the “echo”, a gift that allows him to “see” what occurred to the recently deceased in the moments before their death. Add to that a strange emaciated dark chap popping into Brannick’s bedroom one night, and you get the beginnings of a grand tale about vampires, vampire hunters, and even ghosts. Think Sherlock Holmes, Nosferatu, and Van Helsing all rolled into one.

The story is rich, and over-opulent in its setting, bursting at the seams not with aspidistra, lace doilies, and antimacassars, but instead the sharp reek of November fog, the mud banks of the Thames, and a world where all is lost, including lives. As Brannick and his police chum plod on, the investigation spins out of control, carried across into a paranormal world that might well be born of an opium dream.

As I said, I loved the premise, enjoyed the setting – but there were so many serious punctuation and grammar issues, I kept getting bumped out of the reading experience time and time again. In addition, I see stylistic issues. The voice as such works (three cheers for somebody who can actually generate voice), but it isn’t stable, and in an effort to create the Victorian look and feel the author strays into over-descriptiveness, spikes his narrative with adverbs, and has his characters “burble”, where a simple “he said” would have done a far better job.

Plus, the novel switches perspective after the first few chapters, and that came as a big surprise. Not a pleasant one, I have to say.

So, all in all, while there is a lot to be loved about “Consumed” (and I so wanted to love it), there are also issues which prevent me from giving this the higher ranking I had in mind at the outset.

The novel is available on Amazon: www.amazon.com/Consumed-Justin-Alcala-ebook/dp/B07WLVR9QN